Skip to content
Ned Ludd » Why Does the Bible Say Not to Wear Mixed Fabrics? 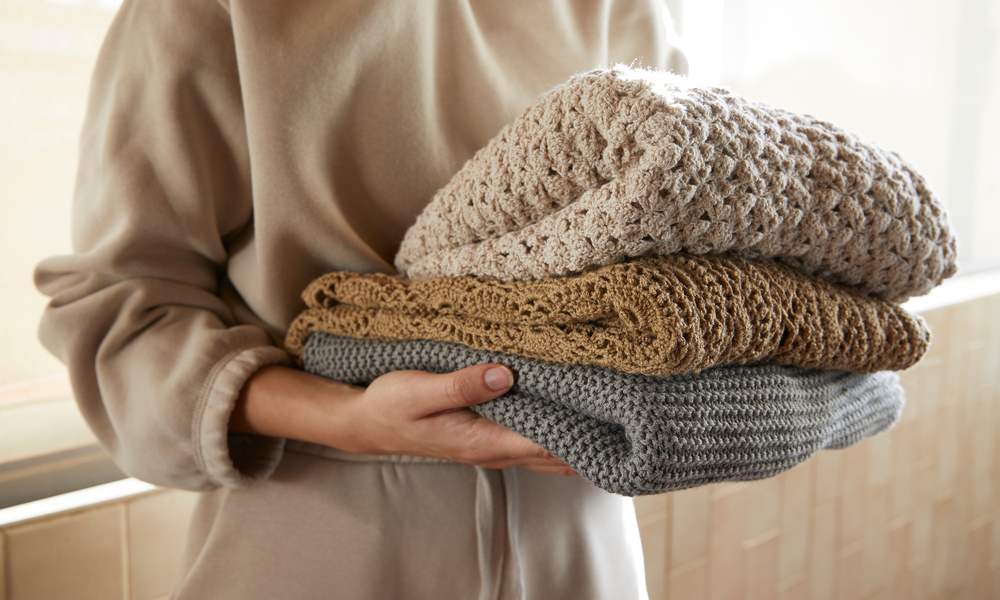 One of the weirdest questions I have ever heard as an Orthodox Christian is: Why does the Bible say not to wear mixed fabrics? The truth is that two passages in the Mosaic Law forbid believers to wear clothing woven from linen and wool.

It is a strange request, but we can guess it had some sense in Old Testament times. However, New Testament believers have no real reason to keep such commandments. Or is there a reason? Let’s make that clear once and for all.

Does the Bible Say Not to Wear Mixed Fabrics? 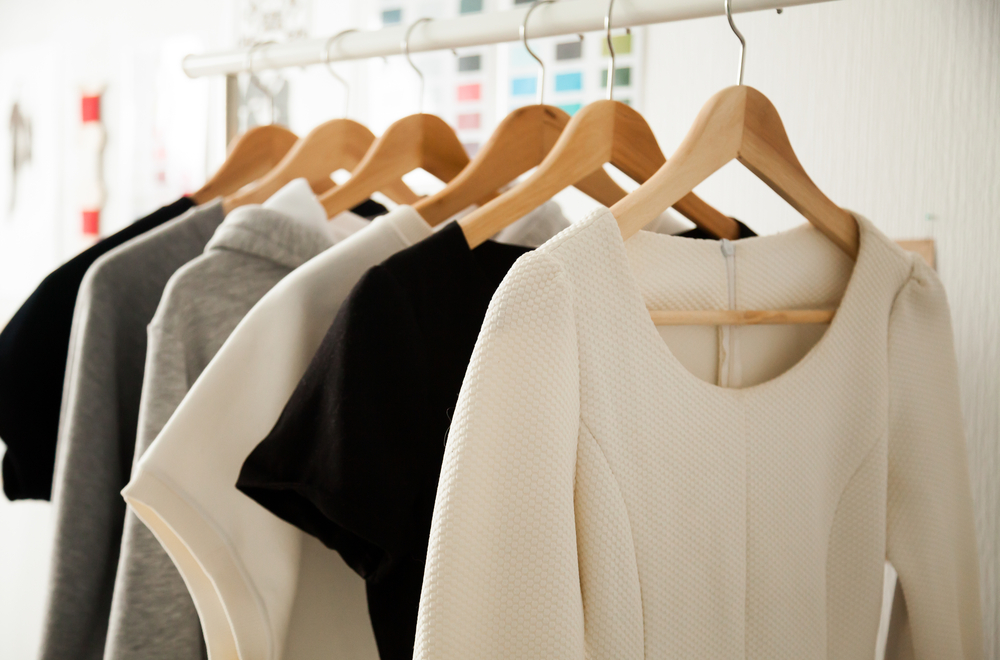 Believe it or not, some people still believe in Biblical law about wearing mixed fabric and punishment for the unforgivable sin of wearing the wrong clothing type. Unfortunately, many people have false beliefs and literal understandings of information written in the Bible.

The fact is that some Jews who interpreted the Old Testament concluded that it forbade wearing mixed fabrics. You could even hear that they found the threat of the death penalty for disobedience. However, such a thing doesn’t exist in the Bible at all.

What does the Bible say?

So, you should understand what the Bible really said. First, you could find records of mixed clothes at two places:

The Bible law forbids wearing shaatnez, a specific fabric made of linen and wool. That part has no connection with mixing different fabric types but refers to a pagan practice of mixing fibers.

Additionally, you should know that the high priests’ ephods were made of dyed wool thread and linen. That could help you understand another probable reason for the prohibition. In those times, particular materials were reserved only for priests.

It was reasonable to think that such a unique mix reserved for them shouldn’t have been used the everyday clothing. Therefore, regular people needed to avoid wearing it as a way to make a distance between the high priest and them.

Despite Jewish legal interpretations, other fabric combinations were legal. So, you could conclude following common sense that it was about a custom, not a material itself.

Most Bible experts believe that it was a way for God to separate Jews from Gentiles. That commandment lost its meaning for Christians who accepted to live according to the Gospel.

Is the request binding on Christians? 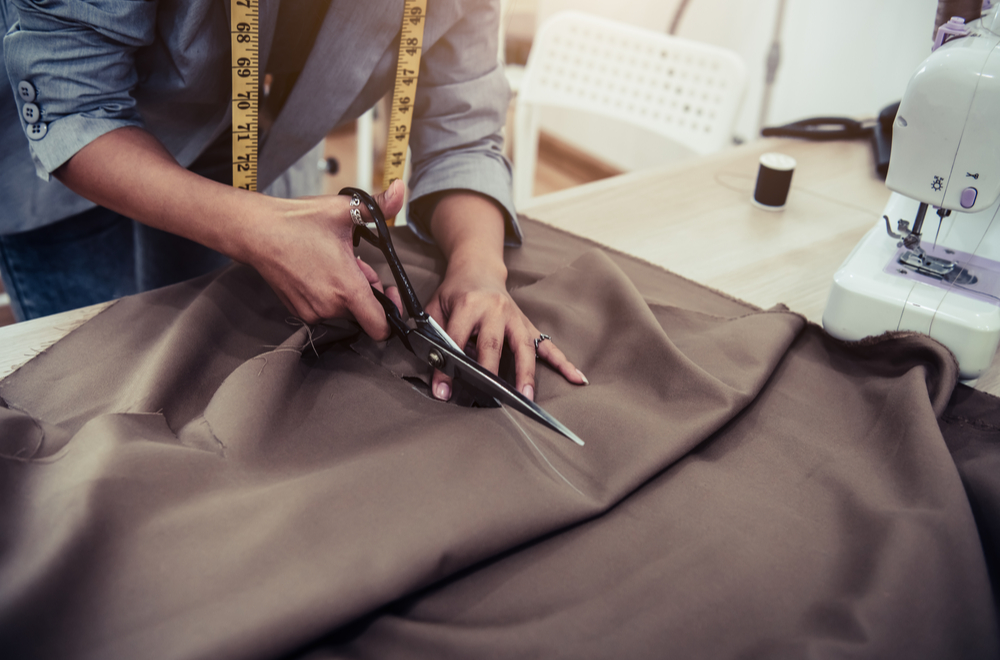 There are two obvious reasons to stop worrying because of this passage. The practical goal was to avoid mixing different fabrics because of unequal fiber shrinkage and wearing at a different speed. Therefore, this question is inapplicable to most Christians nowadays since no one makes their own fabric.

These scriptures show that you should avoid combining fibers of widely differing textures and features. Therefore, most people won’t mix materials from cellulose fibers, like cotton and linen, with those from animal protein fibers, like silk, wool, and mohair.

Those materials’ fiber strength, absorption ability, and washability are entirely different, and it is recommended not to mix them, regardless of instructions. In other words, this quote from the Bible is only the common sense instruction. It can’t be a measure of sin that requires severe punishment.

If you prefer believing in literal interpretation and are convinced that the Deuteronomy passage brings an expressly forbid, it is also OK. However, you should reread it if you still believe the Bible says anything about wearing two pieces of clothing created by different fabric types.

The fact is that Israelis didn’t cultivate cotton, while synthetic materials, such as nylon and polyester, appeared centuries later. Therefore, you could assume that these passages alluded to wool and linen, even though they were not explicitly mentioned.

Anyway, the Bible only mentioned wearing clothing woven of two materials. For instance, there was no sentence giving you thought that wearing woolen clothes with a linen undergarment was the wrong combination. You also couldn’t find anything about mixing leather jackets with a wool or linen lining.

The Bible as a source of common sense 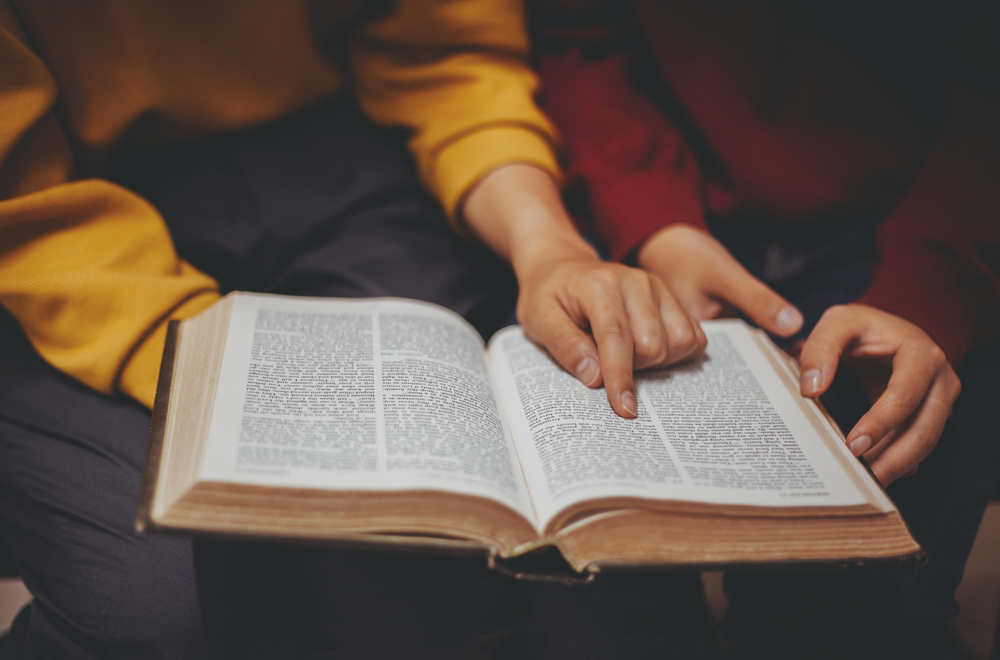 Since the instructions from the Bible always follow common sense, you should understand something about the instructions given there. For instance, you can find numerous guidelines and warnings in your Holy Book, but they are not punishable rules.

So, when it was said that Jews shouldn’t have gotten married to proselytes, it was not a ban but a recommendation to keep pure faith in the family.

The Bible also recommended people avoid yoke oxen with asses together. I am sure that people knew that such a thing is wise since these two animals would fight after yoking together.

Another example was about not sowing barley and wheat seeds together in the same field. Common sense and centuries of experience showed people in Israel that barley matured three months before wheat. Sowing them together would lead to losing one or both harvests.

However, the Bible recommended that. Was it a sin to harness different species of animals or sow two crops together? It was not. It was just unreasonable, just as there was no point in combining linen and wool to get an impractical and unhealthy fabric.

As I have already said, the Bible is a source of practical advice. Therefore, I think it is strange for Christians to turn those recommendations against common sense, right?

Finding a contemporary manufacturer to make clothes by mixing wool and linen is almost impossible. Besides sounding weird and uncomfortable, such a combination gives lesser quality clothes.

Interestingly, science has proved that clothing made of wool and linen exhausts human strength and causes malignant fevers. As always, the Bible recommends us the best solution.

On the other hand, some preachers connect clothing with faith purity and life quality. They believe Christians need to wear simple clothing because they should have pure and godly character.

Since mixed fabrics are considered impure, you can conclude that a piece of clothing can directly affect your faith. It is unacceptable!

Things the Bible Also Bans, but No One Cares 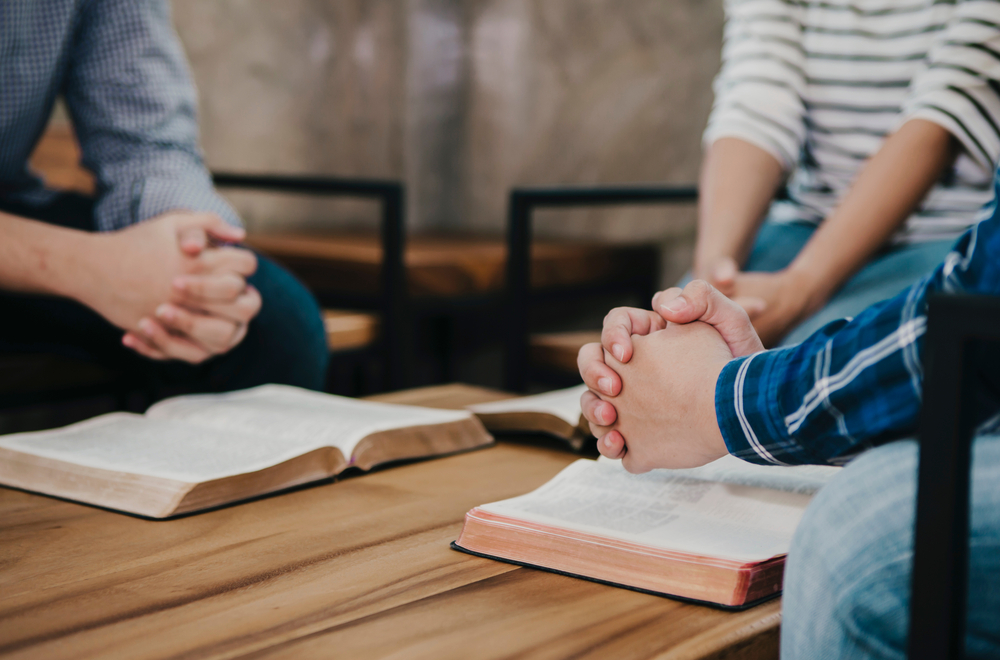 Sometimes, I really think that people tend to find one or two passages or verses in the Old Testament and use them to justify their views on an issue. That way, they get a justification to impose their morality on others without a real foundation.

In other words, anyone can insist on passages about wearing mixed fabrics. However, such an attitude means they should abide by other prohibitions from the Bible that modern society entirely ignores.

Let’s see a few bans that come directly from the Old Testament, but no one knows they have ever written. Even those who know about them often pretend not to exist. As always, it is easy to convince others of your principles, but sometimes it is hard to stick to them, isn’t it?

The Bible is relentless on this subject. According to Evangelist Mark, you become one flesh with your partner once you marry, and you can’t separate what God joined together. Moreover, every relationship after divorce is considered adultery. Wearing mixed clothes still bothers you, doesn’t it?

If you follow Leviticus literally, playing football with a ball made of pigskin is a sin. As you know, this passage forbids touching unclean pig carcasses. Not to mention most believers enjoy pork. 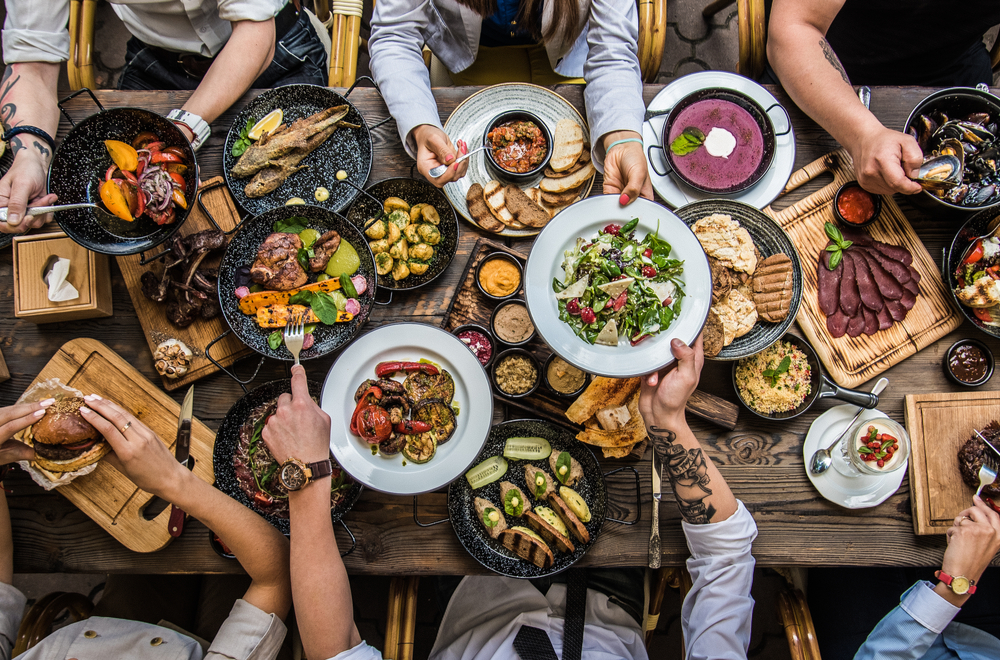 OK, some of these options sound disgusting, but most of you wouldn’t reject rabbit meat or push away shellfish served in an expensive restaurant. I believe you have never heard of most of these bans, have you?

Timothy disapproves of wearing gold or pearl jewelry, but you like your necklace, right? Moreover, are you ready to give up modern clothes because of one sentence in the Old Testament? I doubt it. 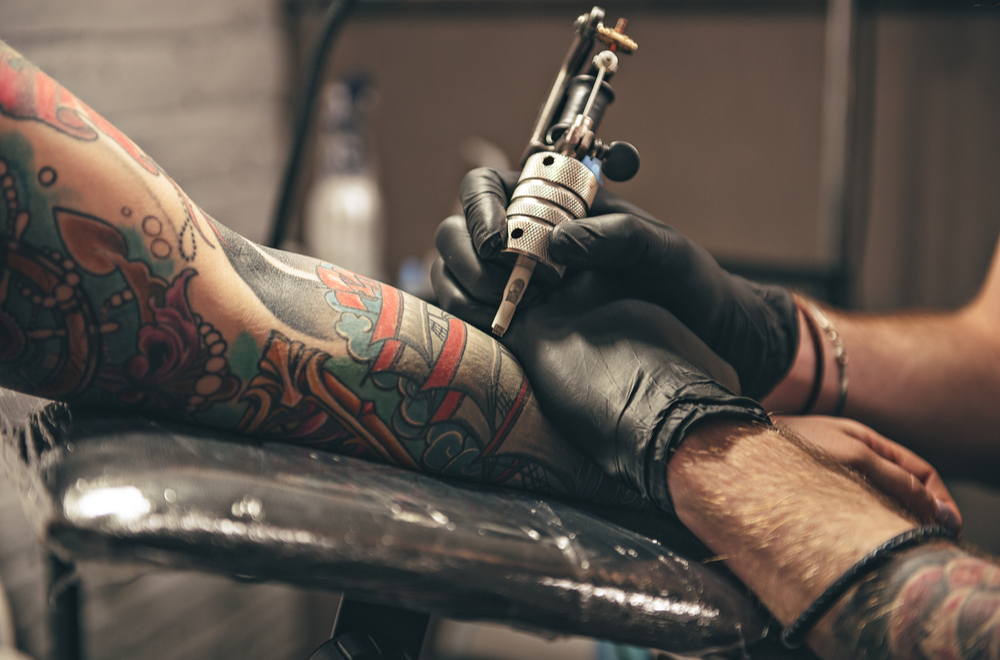 Leviticus reads there are no tattoos! Following that rule means each mark on your body is the death penalty for your soul. Does that sound reasonable to anyone?

By Leviticus, you have sinned every time you open a fortune cookie or read a horoscope. Being damned for a word sounds like a harsh penalty for talking to a local medium, right?

Leviticus forbids rounding off the hair and beard edges. Therefore, everyone who has ever cut their hair in the Beatles style or forced their kids to walk around with bowl cuts has a severe problem.

Even though some believers claim that God asked Christians not to wear mixed clothing, I don’t believe that it bothers Him. In fact, it is impossible to find any passage in the Old Testament about mixing fabrics.

You can find a note about the forbidden mix of different fibers in The Old Testament, but it is impossible to apply it to the New Testament Christians. Plus, the subject is pretty irrelevant nowadays. Who would combine such two materials anyway?